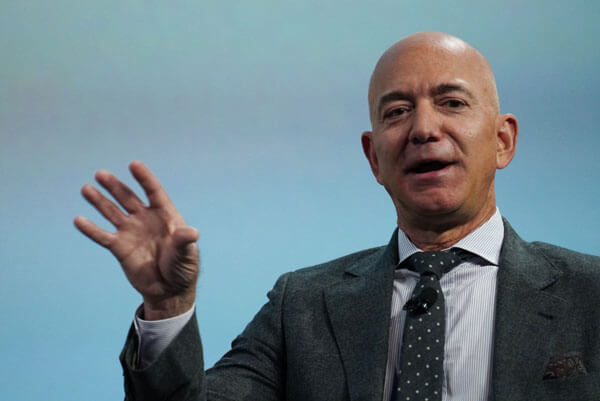 Amazon founder Jeff Bezos will step down as chief executive of the e-commerce giant, turning over the reins to the company’s longtime cloud-computing boss Andy Jassy.

Jeff Bezos, 57, founded Amazon in 1994 and has since morphed the one-time online bookstore into a mega-retailer with global reach in a slew of different categories from gadgets to groceries to streaming.

Amazon surpassed a $1 trillion market cap under Bezos’ leadership in January of last year — it’s now worth more than $1.6 trillion.

To make the e-commerce business run, Amazon had to create an array of computer data centers, stacked with rows upon rows of servers, to make sure the online marketplace could handle the growing business.

That developed into a new market for the company, Amazon Web Services, a giant, profit-driving cloud computing operation that now powers websites around the world.

Jassy, 53, will become CEO in the third quarter. Jassy joined Amazon in 1997 and has led Amazon’s Web Services cloud team since its inception. AWS continues to drive much of Amazon’s profit.

“I’m excited to announce that this Q3 I’ll transition to Executive Chair of the Amazon Board and Andy Jassy will become CEO,” Bezos said in a letter to employees. “In the Exec Chair role, I intend to focus my energies and attention on new products and early initiatives. Andy is well known inside the company and has been at Amazon almost as long as I have. He will be an outstanding leader, and he has my full confidence.”

Shares of Amazon were up about 1% in extended trading Tuesday on the back of the earnings report and the C-suite news. The company’s stock has gained about 4% so far in 2021 and is up nearly 70% in the last 12 months.

OnePlus Nord Sale Rescheduled for August 6 Due to ‘High Demand’