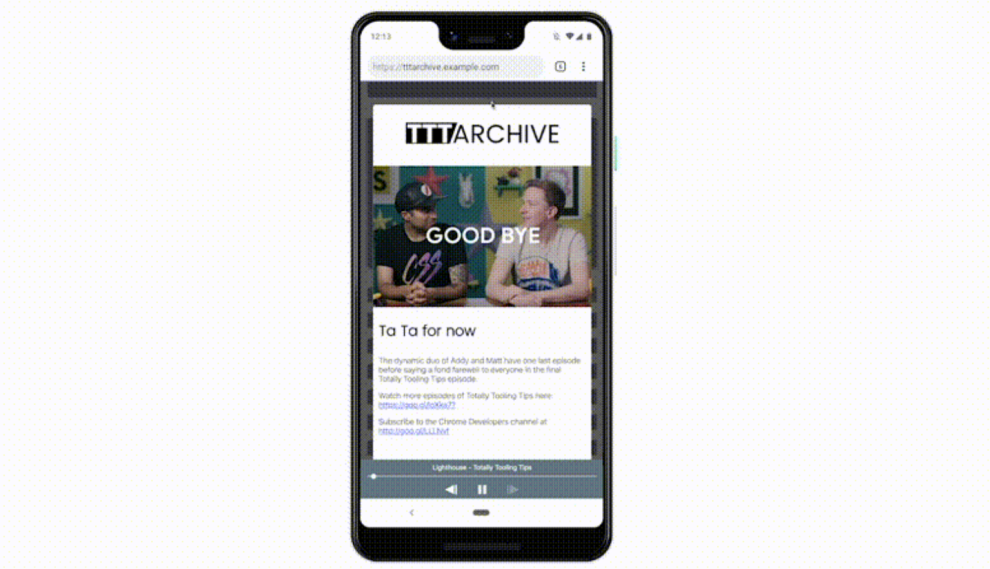 Google  announced today it has launched a new page transition experience for the Chrome web browser called “Portals.” The technology is something the company has been developing for some time, and is designed to offer an alternative to using IFrames. In fact, the company described Portals as being more like “IFrames that you can navigate” — because, unlike a traditional IFrame, which gives a window into another website, a Portal actually lets you go through to that other website.

In a demo of Portals’ potential, Google showed off how they could be used on a meal planning website. The example site they used aggregated recipes from other sites around the web. Normally, you’d have to click through to the destination website in order to see the recipe’s details, like the cooking steps, ingredients, and other information. With Portals, however, you could browse the various recipes on the main meal planning website – then, when you found a recipe you wanted to save, you could launch it in a Portal. For example, you could click the main website’s “Share” button which would load the destination website in this pop-up like view of the destination webpage. You could then save the recipe directly to your favorite pinboard or social network.

In the demo, the recipe was being saved to a fake social network called “Nom Nom.” When the user clicked “Share,” Nom Nom’s domain actually opened within the portal, while the original meal planning website persisted in the background, ready for you to return.

This works because a function in Portals allows the origin page to share context with the destination. In other words, it really is like a “portal” to another site, not a view of it.

When the recipe was saved and shared, the user could then close the Portal to return to the original meal planning site and continue to browse for more recipes.

Another function in portals is the ability for the origin site to hand off information to a destination site.

To continue the recipe example, when the user found a recipe they wanted to cook they were able to hand off the ingredients list from recipe site to an online grocery service’s website through the Portal. And while the destination site loads, the Portal can display an animation to offer a more pleasant transition experience for the end user.

Google said it has now launched the Portals API as an experimental feature behind a flag in Canary (#enable-portals), and is looking for developer community feedback

BSNL is giving away free SIM cards for limited period